Buying Canadian: What You Need to Know 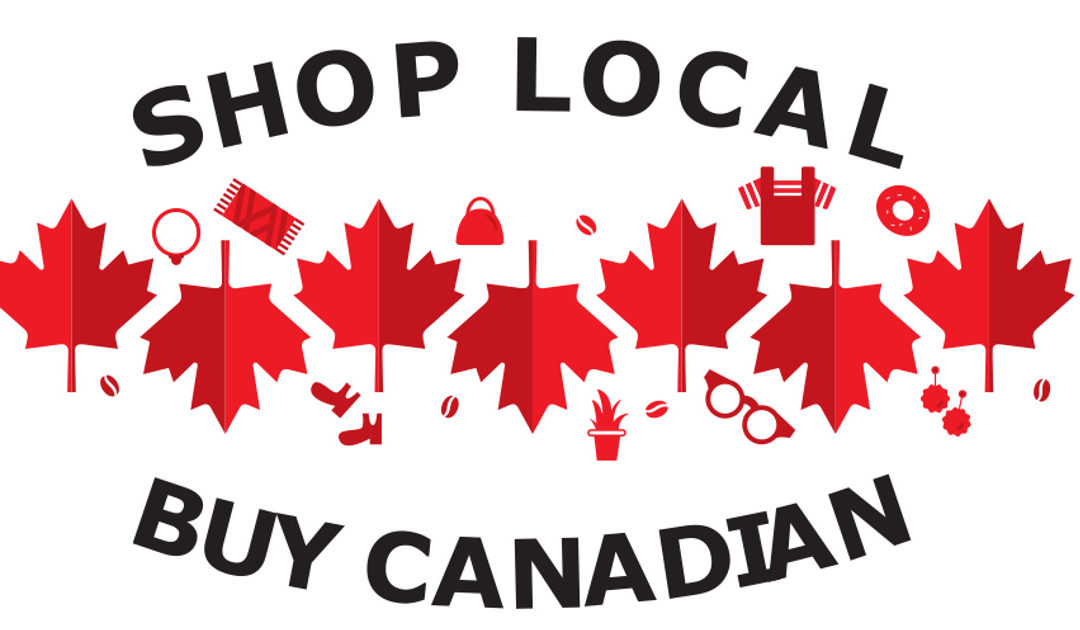 You’ve probably heard a lot about a “trade war” between the U.S. and Canada for the past few months. You also might have heard about Canadian consumers wanting to boycott U.S. products – and seen guides on how to do so. From ketchup to cars, how to “buy Canadian” is a hot topic in the media these days.

It’s a complicated state of affairs, but we’re here to shed some light on the subject.

When did it all start?

From the start of his presidency, Trump talked a lot about other countries “taking advantage of the U.S.” to lay the groundwork for his economic policies. Understandably, Canadians were wary of his rhetoric about our “unfair trade practices.” Some people even anticipated a trade war.

Things really came to a head in May of this year, when the U.S. put tariffs on Canadian and aluminum steel imports, which was often described in the media as a turning point in U.S.-Canada relations. Justin Trudeau responded by putting tariffs on a host of American goods, including everything from food products to appliances to herbicides and more.

By now, Canada and the U.S. have imposed over a billion dollars’ worth of tariffs on each other’s goods, raising prices, and ultimately passing on extra costs to consumers. This is basically what a trade war is.

Whether you want to make a political statement or just want to avoid paying higher prices, as a Canadian you have the option to buy a wide range of Canadian-made goods. Here’s a short list of popular products that are affected by this trade war – and that you might want to buy from Canadian sources.

It’s a popular condiment – and everyone’s talking about it. Remember, Heinz closed down its Canadian plant in 2014. If you want to buy Canadian ketchup, opt for the French’s brand instead.

Unfortunately, the most popular brand of soy sauce, Kikkoman, comes from the U.S. and is subject to Canadian tariffs. Try the President’s Choice brand instead.

Ditch the Florida OJ for Minute Maid orange juice. Even though it’s owned by Coca-Cola, Inc. it’s made in Peterborough, Ontario.

American-made whisky is subject to tariffs, including the ever-popular Kentucky bourbons like Jim Beam. If you want a truly Canadian whisky, go for rye instead. Crown Royal is a perennial favourite, but spirits like J.P. Wiser’s Deluxe are a great bet as well.

If you don’t absolutely need to have an iPhone, how about supporting Waterloo, Ontario’s very own Blackberry? The Key2 even has a physical keyboard!

Have you gotten in on the mattress-in-a-box trend? If you want to revolutionize your sleep experience, try an Endy mattress. It’s a Toronto-based startup selling direct-to-order mattresses. The company manufactures all of its products in a Montreal factory.

If you really want to see all the products affected by these Canadian tariffs, check out this long list of products subject to tariffs as a result of unjustified tariffs on Canadian steel and aluminum from the Federal Government website.

Of course, even if a product isn’t affected by these tariffs, it’s always a great idea to support local businesses. If you know you can get something that’s made in Canada, why not choose to buy Canadian?

For example, if you happen to be looking for an engagement ring, you’ll be better served by a Canadian company that puts their knowledge, experience and reputation behind their product.

At Randor, we can source any diamond that a U.S. company can from anywhere around the world. We buy diamonds directly from the world market.